This handsome fellow is Joseph Plummer, a Civil War Brigadier General that was born here on the farm in 1816.

If you grew up in Barre good chances are that you have lived, or know someone who did, at the old Swindell Farm. For those of you unfamiliar, this is the white house adjacent to our farm store that we lovingly have renamed “The Annex”. Since its building around 1800 I’d wager that it has seen over a hundred families and tenants (including myself!)

Joseph Bennett Plummer was born in The Annex on November 15, 1816; the eighth child of Alpheus and Lydia Plummer (Lee) of Barre. Not much is known of his childhood, but the Barre Historical Society has record stating that he taught school here before entering into West Point Academy in 1837; graduating in the class of 1841 and commissioned as the Second Lieutenant of the 1st infantry.

After graduation he served on garrison duty -- stationed out west in Missouri and Wisconsin. Marrying his wife, Frances in Wisconsin in 1843. Plummer then went on to serve in the Mexican-American War spending time in Vera Cruz, Mexico City and Cuernavaca. By 1848 he was reassigned to Mississippi and then Ft. Brown Texas the same year. In 1850, Plummer moved to Ft. Duncan Texas where he was promoted to Captain.

At the start of the Civil War Plummer was relocated to Kansas where he marched troops into battle at Wilson’s Creek, Missouri on August 10 of 1861. During battle he was severely wounded by a bullet, Plummer later wrote,

“I have little more to say in regard to the battle except that we whipped them. I was severely wounded, and in the course of an hour and a half, was myself in an ambulance. I did not see the latter part of the action”

Wilson’s Creek was the second major battle of the war and the first fought west of the Mississippi. Missouri being in a strategic location--the Union naturally wanted to ensure its allegiance. Unfortunately, the governor was a southern sympathizer and battle ensued. Both sides suffered heavy losses, while technically the battle ended in a Confederate victory, it did help solidify Union control of Missouri in the long run.

After Wilson’s Creek Plummer was appointed as the commander of the fort Cape Girardeau where he took over forty Confederate POW’s to aid in the construction of the fort, during that time General Grant visited the fort and no doubt had much interaction with our own Barre native.

Later in October Plummer led Union forces again, this time at the Battle of Fredricktown which directly led to his promotion to Brigadier General.

In 1862 he joined General Pope’s Army and marched with him attacking rebel works along the Missouri River at New Madrid and Point Pleasant; eventually capturing both forts for the Union.

“Brigadier-General Plummer, commanding at Point Pleasant, is entitled to special commendation for the bold and skillful manner in which he effected a lodgment at that place under fire of the enemy's gunboats and for the determined persistence with which he maintained himself and the blockade of the river for days under heavy fire of the enemy.”

Later that year he was assigned to the ‘Mississippi Campaign”, repulsing Confederate attacks near Corinth.

All the while, since Wilson’s Creek, Plummer had been in failing health partially due to the Minie ball that had not been removed from his hip. On August 9th, a Sunday, Plummer died of “congestion of the brain”, a term commonly used for a stroke. In the Barre Gazette August 29, 1862 issue it is stated that, “On the evening of his death he rode from his headquarters to those of his superior General, and finding him absent, had taken a seat to await his arrival. Here a sudden vertigo attacked him, and he almost immediately expired”

It is not known where he was originally buried, as Arlington National Cemetery was not established until 1864, but he was eventually moved there. His grave site can be found in Section 1 Grave 121-A, next to his son’s grave, Satterlee. Satterlee Plummer was also a West Point graduate and distinguished soldier.

After his death, his wife Francis seems to have met much hardship as she petitioned to receive an increased pension of fifty dollars in January 1863-- her petition was granted.

In the Barre Historical Society archives I also found a partial document written by his wife to Lawyer Graham of Barre in regards to her late husband’s family home in Barre, to which he was never able to return. Francis asking to receive no less than $500 cash for the estate.

5. The War of the Rebellion: a Compilation of the Official Records of the Union and Confederate Armies. Series I, Volumes 3 and 8. 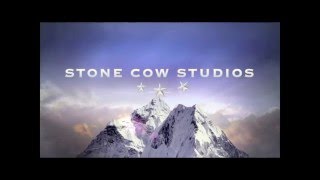 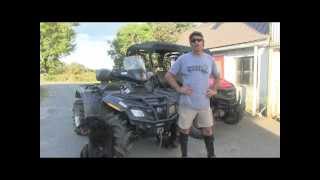